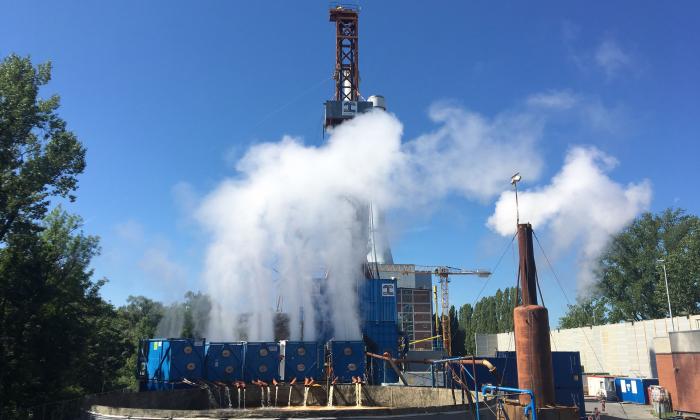 Work on the 4th well in the SWM project at Schäftlarnstraße in Munich, which began in mid-April 2019, has been successfully completed. After a drilling distance of more than 3,700 m, the Th4 well, which was diverted westwards from the drilling site at the Munich South CHP plant, reached its final depth exactly after two months in mid-June. The pumping tests carried out in recent weeks have also confirmed that the fourth well meets the original expectations.

The start of drilling for the fifth well, a total of six wells are planned at the Schäftlarnstraße site, is scheduled for next weekend (14 July 2019).