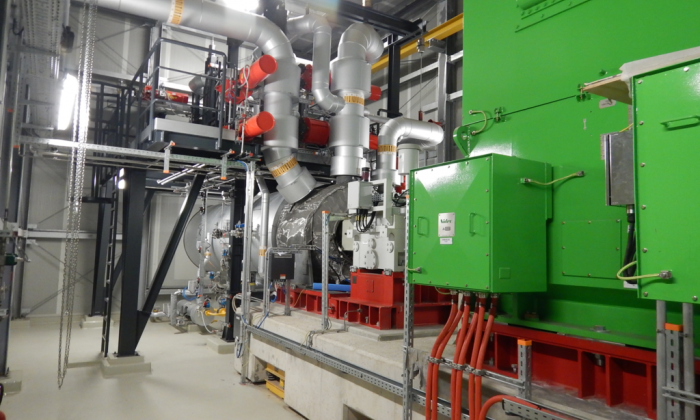 On Saturday, 16 November 2019, the Holzkirchen geothermal plant (power plant and central heating plant) was officially inaugurated. Holzkirchen's first mayor, Olaf von Löwis, District Administrator Wolfgang Rzehak, and the Managing Director of Gemeindewerke, Albert Götz, reviewed the project with all its highs and lows and focused their speeches on the courage of the market community to implement such a challenging project on its own. They also thanked everyone involved in the project for the success. The two local priests then gave the church blessing to the project. Numerous citizens and supporters were then able to take a close look at the power station and the heat station during the guided tours and celebrate the opening with food and live music.
ERDWERK congratulates the Holzkirchner on the successful completion of the construction phase and wishes a smooth operation. In addition, we would like to thank Geothermie Holzkirchen GmbH and the community for their many years of good cooperation.